Tunnel Vision And How It Can Ruin Your Business

One of the lessons we’ve learned throughout our journey is how tunnel vision can hurt you. Not just in the day to day operations of your business but also managing renovations.

Tunnel Vision is a serious problem if left unchecked. When we spend so much of our time in one particular task it's very easy to overlook the details. 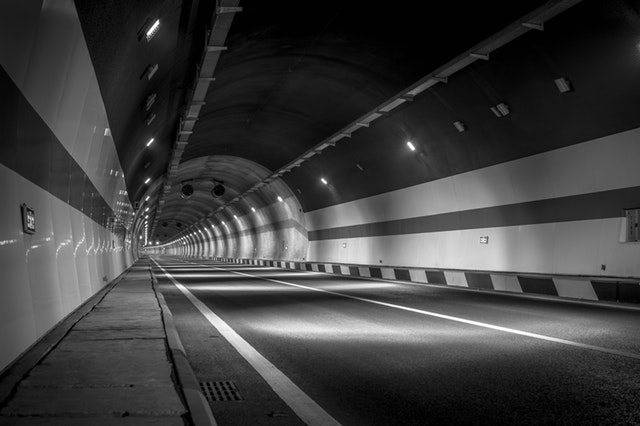 About tunnel vision; why it happens and how to prevent it.

We’ve had a couple of different issues with tunnel vision. We used to take turns renovating houses depending on who had more time available and who had what project going on.

What we realized was that when you're managing a property the correct way (by that I mean actually managing the project and going to the property consistently to make sure everything is getting done right) you tend to develop tunnel vision in that particular project. 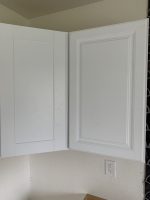 We recently had a project that John was managing. He was there every day, I was not. One day, I go to take a look at the property and as soon as I walk into the kitchen I say, “What the f#$@?!” "What happened to the cabinets?!” There were two different styles of cabinets installed in the kitchen. I reached out to John to ask what had happened and he said he honestly hadn’t realized the cabinets were different. I called the contractor he also said he hadn’t noticed.

What happened was the cabinets were delivered and they were all supposed to be white shaker cabinets. The contractor, as he’s moving along the scope of work installs the cabinets and they thought everything was fine. They were all the same color the difference was the style of the door.

In this situation, it’s very easy to blame the contractors but it happens to them as well. Tunnel vision doesn’t just affect investors it happens to anyone who’s involved in a project 24/7. You’re there every day and you stop paying attention to the details because your so focused on getting across the finish line. It was the first thing I happened to notice because I wasn't used to being there.

We had another project that I was managing that we were having serious issues with the contractor. This contractor, unfortunately, was a typical contractor. Many contractors as soon as they get a little money and some work they think they can expand. In doing so they bring on a bunch of guys to do the job he no longer wants to do until eventually no longer even goes to the jobs. He could run a GC business without stepping foot inside his projects.

He talked such a good game and he actually did seem like he knew what he was doing but unfortunately, it all stopped at the talking.

We only took on this project because he said he could "definitely" get it done for the price we needed. At the time we were still getting our systems in place so we didn't know what we didn't know.

I started having so many problems and delays with this guy and he kept coming up with excuses every step of the way. So it got to the point where this project was becoming a nightmare for me. I could not wait to get through this project. I had horrible tunnel vision during this project.

In doing so, there were so many things I had overlooked. At the end of the project John came to check out the house and as he’s walking through he says, “Holy shit what happened?!’ And as he's walking around he’s rattling off all the things that he saw wrong with the house. And it wasn’t until he said it that I had realized there was anything wrong and I thought oh my god! I missed so many things.

We ended up having to spend an extra week or so fixing those things ourselves to make sure everything was done correctly.

Our Solution To Tunnel Vision

After these two projects, we realized that you need someone to check your work as you’re going through the project. We put in to place a form of checks and balance to make sure we don't fall prey to tunnel vision again.

What we do is every so often or before a scope gets done, whoever isn’t in charge of managing the project will go in and check how everything is coming along. This helps prevent tunnel vision because you have one person there 24/7 making sure the projects get done and then the second person is able to come in with a fresh set of eyes and see the project for what it is and pay attention to detail.

In this industry, as you take on more projects and move quickly from one project to the next it’s very easy to lose sight of the small things. It’s even easier for the contractors to overlook things which is why it’s so important for you to manage these properties and be there consistently.

The Opposite of Tunnel Vision

The other extreme I’ve seen some investors do is not visit a property for weeks or months at a time and then show up at the end with their roll of blue tape.

They’ll blue tape the shit out of a house.

That’s just inefficient and just ends up pissing everyone off. Now it's going to take more time and money to go back and fix things. And I get it, a lot of investors think, "Oh, well the contractors should’ve known better!"

It’s your project and you need to take care of it. You need to make sure it gets done properly. You need to be there on a consistent basis, you should be there every time there's a change to the scope of work or it's hitting the next phase. You need to make sure everything was done correctly. If not you’re only hurting yourself and your pocket. You’re also jeopardizing your relationship with your contractors if you just blame them for the project getting messed up. (I think YOU get it. It's all on YOU!)

Tunnel vision has gotten in the way of the day to day business operations as well. I don’t know if it’s something that gets easier with time or experience. I think it's human nature to overlook things that we see or deal with on a regular basis.

I do a lot of the branding and marketing for the company and a lot of times I get caught up in trying to get everything done that I miss the finer details. Sometimes, I don’t realize I've missed them until it’s too late.

Same with running comps. We have a procedure for running comps but sometimes since you’ve done hundreds of them you get comfortable with running through the process and missing details. So now when I'm done doing the work I give it to John for him to give it a second look and make sure I didn't miss anything.

Recently, I ran a comp on a property and then gave it to John and once he saw it he realized the home was in a flood zone. It’s something I should have caught but when you're doing so many at a time you tend to miss things.

It's Not About Your Ego

You want to let the ego go out the window because all it does is screw you up.

We have a contractor we are going to start working with on a few projects. From day one, we told him how we run our company. That we will be checking his work every step of the way to make sure everything gets done properly.

At first, he took offense to it. He thought it was something against him personally, or the way he ran his own business or whatever else his ego was perceiving. We explained to him that it wasn't personal. Tunnel vision is just a part of our line of work. We deal with projects all day every day that we miss things and at the end of the day it's OUR business.

We are raising funds for these projects. These are our investments and how things get done reflects back on us. So we have to make sure everything is getting done right. It’s not that we’re checking up on him because we don’t trust his work. We’re just another set of eyes to make sure the project runs smoothly.

Tunnel vision is real and it does happen. The goal is for everyone to succeed. This is why I emphasize so much the importance of partnerships.

What If You're Doing This Alone?

You maybe rehabbing houses and you're the only one that runs your company. Should you go get a partner to check your work?

I think you should. This business, if you run it like one, is too much for one person. I don't want you to think just go hire people. I think the value of a great partner is undeniable.

A great partner can take so much pressure from you. Dedicate on the other side of the business that you're weak on.

But, if you still don't want one, then call on an investor friend whom you trust and know they know their shit. Maybe by treating them out to lunch, they will be willing to walk your project and point out things you might have missed.

Once you have done this enough times it will require less and less the number of times you bring someone in. Especially if it's a small project.

Now, you're completely aware of tunnel vision and how it can ruin your business. So don't let it. Put your ego aside and ask for help.

At the end of the day, you're helping yourself.

Like always, if you have any questions or thoughts make sure you reach out to us. Also, share your tunnel vision story with us of when this has happened to you too.